What is an Escape Room?

An escape room is a physical adventure game in which players solve a series of puzzles using clues, hints and strategy to complete the objectives at hand. Players are given a set time limit to unveil the secret plot which is hidden within the rooms. Escape rooms are inspired by "escape-the-room"–style video games. Games are set in a variety of fictional locations, such as prison cells, dungeons and space stations, and are popular as team building exercises. 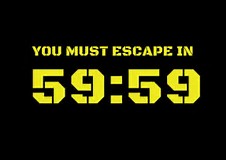